The English Department takes pride in having evolved excellent standards for the teaching and learning of literature and language. Over the years, this department has gathered a vibrant faculty with expertise in diverse areas such as English literary studies, Indian and other postcolonial writing, popular and classical literature as also in language teaching and translation. There is as much stress on creating a critical sensibility in the students as motivating their creative potential through participative teaching, seminars and organization of lectures and readings by eminent scholars and writers. The Department runs an active English Literary Society. The literary journal showcases the writing skills and talent of the students. Each year, at the outset, the first year students of B.A. Hons course are given a series of orientation lectures to familarize them with various critical approaches to the study of literature.

The English Literary Society organised many interesting and informative events in the academic session 2015-2016. In August 2015, it organized a lecture by Dr. Gautam Chakravarthy, Associate Professor, Department of English, University of Delhi on “Horace’s contribution to the Satire form”. On 13th February, 2016, the Society organized a lecture on Andha Yug, a play written by Dharamvir Bharati by our colleague Dr. Anjan, Department of Hindi. On 16th of February, 2016 a screening of the film The French Lieutenant’s Woman was organised, which was followed by presentations by students and a discussion. As part of the biennial Bhishma Sahani Book Fair in the college, the ELS organised English Short Story Writing competition on the topic of “Partition.” The highlight of the academic year was the Annual Literary Fest, Rhapsody’16 on 29th February 2016. A national student’s seminar was organized as part of the fest where students from universities and colleges across Delhi presented papers on “The English Sonnet: Evolution and Tradition.” Prof. Sharmistha Lahiri, retired Prof. of Italian Studies, Department of Germanic and Romance Studies, University of Delhi, delivered the keynote speech. Other events like Performance Poetry, Creative Writing and Quiz etc. were other attractions of the fest. On 19th March 2016, the ELS organized a creative writing (short story) workshop with Dr. Sami Ahmed Khan, award winning novelist, and a broadcasting journalist with the All India Radio. 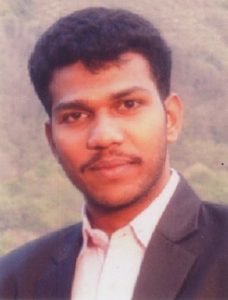 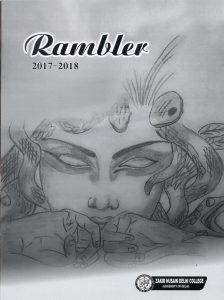