The Urdu Department is one of the oldest department in the college. The faculty boasts of several noted poets and scholars who continue to win acclaim in their literary pursuits. `Bazm-e-Adab`, the Urdu Literary Society organizes ghazal recitations, Bait-Baazi, Mushairas and Seminars throughout the academic session. The Department brings out a magazine in Urdu called `Fikr-e-Nau`.

Bazm-e-Adab organized a series of events like Debate, Ghazal recitation, Seminars and literary discussion. Bait Bazi and a Ghazal Recitation competition were organized on 29th October, 2015. 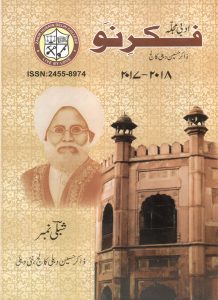